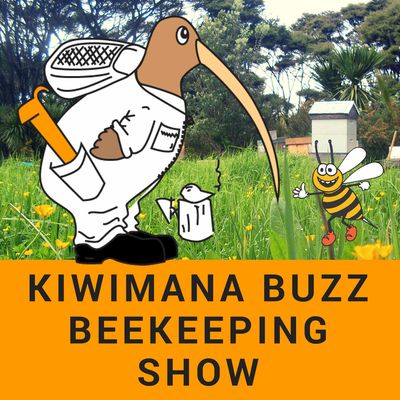 Established in 2009. If you want to learn about beekeeping this is the show for you. It's been described by many as fun and informative. Hosts Gary and Margaret from New Zealand share tips, interviews and news about beekeeping. We discuss ways to bee more successful with your bees, get a sweet honey crop and keep your bees healthy. Please give us a listen.

Yay, we have just released a new beekeeping show. We hope you will enjoy this one. We sure enjoyed bringing it to you.

It's Bee Month in New Zealand, in this episode we talk about Mass Bee Deaths in Russia and is Live and let die the way to save the bees?, The Apriast in Scotland doesn't think so.

We also have roving reporters checking in from Poland, England, Canada and the United States of America.

What is in the Show

Want to get the next episode the minute it is released, Learn ways to subscribe HERE

Please Support this podcast on Patreon