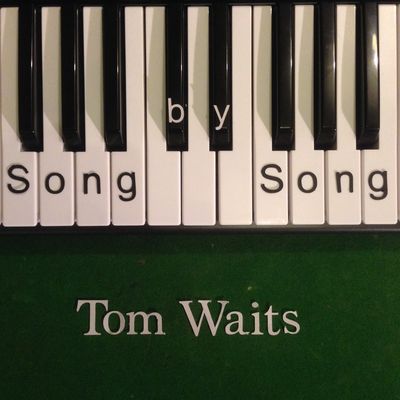 Podcast by Song by Song podcast

Charlie Harding of Switched On Pop joins Sam and Martin for some discussion around this little instrumental interlude on The Black Rider. We begin with a brief exploration of leitmotif as related to lightsabers, and then move through Waits's more elegant compositional techniques, before landing on a bit of light bird identification. Many thanks to Charlie, as well as Suzy of The Casual Birder Podcast (casualbirderpod.libsyn.com), the hosts of Hannah & Erik Go Birding (www.gobirdingpodcast.com) and mash_ton of reddit for their input this week.

We think your Song by Song experience will be enhanced by hearing, in full, the songs featured in the show, which you can get hold of from your favourite record shop or online platform. Please support artists by buying their music, or using services which guarantee artists a revenue - listen responsibly.

Text - transcribed from the 2004 Barbican version of text, spoken over the top of Flash Pan Hunter/Intro

The angel of death spreads wings on the blast.
And breathed on the human worm has passed.
There lies the hero broke and rank.
The dew on his brow, the rust on his tank
The Widows of Langley are long in their wail
And the idols are broken in the temples at Yale.
(breath)
The might of the bored unspoke by the sword
Has melted like snow with the glance of the bored.
The wandering dead, like automatons,
out of control are all but demands
The work pyramid silently falling apart...
no crops in the fields... no food in the stores...
(shh)
Bleak, ragged figures, wordless and starved
Crawling through garbage, eyes covered with gore.
Some regress to the state of apes,
Roaming through cities to plunder and rape.
The human mold has broken to pieces
And all hell leaks out