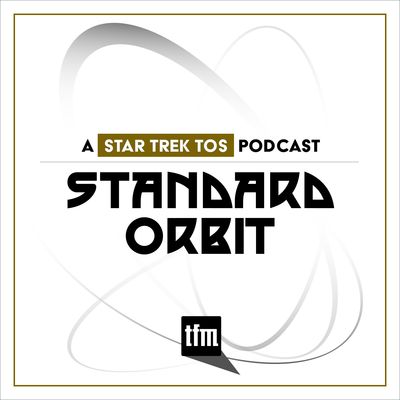 Standard Orbit is a Trek.fm podcast dedicated entirely to Star Trek: The Original Series. Not an episode review show, Standard Orbit explores specific elements of TOS with host Haley Stoddart and her guests.

episode 298: The Rise Of Fan Service

With the recent release of Star Wars: The Rise of Skywalker, JJ Abrams has now directed two Star Trek and two Star Wars films. Each respective first film was embraced by the overwhelming majority of casual and die hard fans alike, while each respective second has been divisive to say the least. Is fan service (or attempted fan service) to blame?

This week on Standard Orbit hosts Ken Tripp, Zach Moore and Hayley Stoddart discuss the concept of fan service and how perhaps too much creeped in to JJ's second films in each franchise. What is fan service, is it what the writers and directors of our favorite franchises think it is, does is do more harm than good, and do we as fans really even want it? All this and more on this week's Standard Orbit, boldly listen!