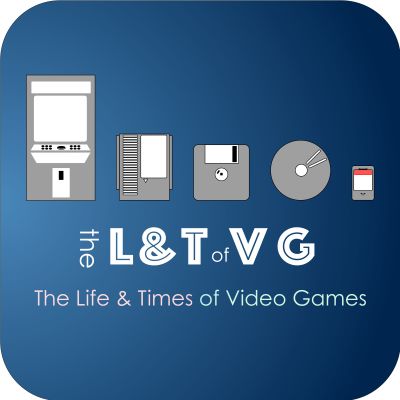 The Life & Times of Video Games

An award-nominated documentary and narrative audio series about video games and the video game industry — as they were in the past, and how they came to be the way they are today. History doesn't just vanish into the distance behind us; it casts a very long shadow that affects everything that comes after it, and so with The Life and Times of Video Games journalist and historian Richard Moss draws those through lines to tell fascinating stories about the past that link right back to the present.

The Strong Museum of Play's digital games curator Andrew Borman describes his deep passion for uncovering and preserving cancelled, unreleased, and prototype games. This is so much more than a vocation for him, and here you get to hear all the stories and insights he shared with me when I interviewed him for the season 4 finale, The Ghosts of Games That Never Were.

Highlights include the stories behind cancelled Halo and Elder Scrolls games, an unreleased version of Until Dawn, an early version of Resident Evil 2, and some in-depth discussion about the significance of finding and sharing these stories. We also talk a bit about Andrew's work at The Strong and the amazing power and value of institutional backing in games preservation.

To support my work, so that I can uncover more untold stories from video game history, you can make a donation via paypal.me/mossrc or subscribe to my Patreon. (I also accept commissions and the like over email or Ko-Fi, if you're after something specific.)