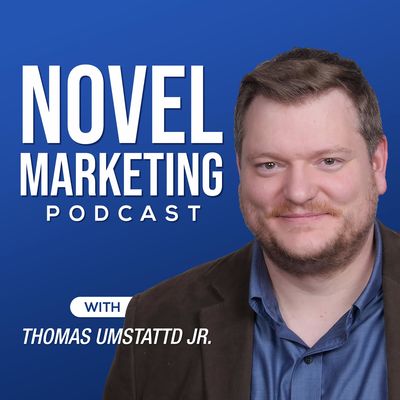 Author Media presents Novel Marketing the longest-running book marketing podcast in the world. This is the show for writers who want to build their platform, sell more books, and change the world with writing worth talking about. Whether you self publish or are with a traditional house, this podcast will make book promotion fun and easy. Thomas Umstattd Jr. interviews, publishers, indie authors and bestselling traditional authors about how to get published and sell more books.

How Jack Ellem Went from Unpublished to Bestselling Indie Author


How can you become a bestseller in a country where you don’t live?

I recently interviewed an author who has bestselling books in the US and the UK, and he doesn’t live in either country. Jack Ellem is the author of 14 thrillers, including his bestseller Mill Point Road, which has over 2,000 Amazon ratings and reviews. He has signed a TV series development agreement without the help of an agent, publicist, or publisher.

How did he do it independently and from afar?

What were his strategies? How can you apply them to your book marketing journey?

Thomas Umstattd, Jr.: How did you get started writing thrillers and crime fiction?

In 2018, I wanted to try again, but I didn’t know what to write. I didn’t know where I would start, but a friend gave me some great advice. He said, “Go to your bookshelf and look at all the novels you’ve purchased. Look in your video cabinet and pull out all the DVDs you like to watch. Then write what you like to read and watch.”

I did that, and I discovered I like crime shows, thriller shows, and psychological thrillers. The genre stood out, and I decided I’d write a series.

I used to read a lot of Lee Child, and I wanted to develop a character like Jack Reacher. So, I created a traveling former Secret Service agent who’s been kicked out of the Secret Service for punching the vice president. He now travels the back roads and small towns of the US. And that’s how I started my No Justice series.

I did some market research initially, and I think that’s a good tip for writers. Decide on a market. Decide who you’re writing for. Some people say, “Write for yourself,” and that’s great. But if you want to sell books, you need to grow a following.

In my research, I found out that women are voracious readers. I wanted to write something fast-paced that appealed to a female audience because they were the biggest demographic of readers in the world.

I designed a series of books about this guy who travels. In every town, he runs into problems, squabbles, and power struggles. I came up with the idea that the worst villains hide in the smallest towns, and that’s where my No Justice series kicked off in 2018.

I had some great success. I was five books into the series when I wrote a standalone novel. But the real success came when I was in Maryland in 2019. My wife and I got lost on this back road, and we came out near this gated community high upon a ridge. There were five houses on the ridge, and I said to my wife, “I wonder what happens behind closed doors in those houses?”

We had planned to leave Maryland, but I stayed for a couple of extra days and outlined a book which has become my bestselling book to date, Mill Point Road. Sometimes the best success comes when the writing isn’t forced.